As I type these words, we’re well into primary season for the 2016 presidential election. Social media—and by social media, I mean Facebook, which is the sum of what old farts like me can master—are abuzz, and often ablaze, with political opinion. Most FB pundits are risibly bad at it. They apply the approximate argumentative rigor of two drunks poking their fingers into one another’s chests after a long night at the pub: they trust news sources friendly to their side and dismiss those opposed; they pick the worst exemplars of their opponents and declare them representative; they parrot statistics so preposterously deceptive than no one with even a cursory acquaintance with the subject could take them seriously.
This shouldn’t come as a shock. Most people are too busy getting on with their lives to master the nuances of political discourse, let alone the geopolitical histories and socioeconomic theories that go into actual policymaking. Writers, as a subset of planetary inhabitants, are not exempt in that regard. The ability to find the right words, or to put together sentences in pleasing patterns, doesn’t confer particular insight into other realms of human experience. The Nobel Prize-winning novelist Knut Hamsun, we may recall, actively and enthusiastically supported National Socialism, including the Nazi invasion of his native Norway.
That a vast majority of contemporary American writers are politically left-of-center shouldn’t come as a shock either. (In the interest of full disclosure, I’ll mention that I was a right-of-center political columnist for many years.) Writers are by definition manipulators: they create plots and pivot off readers’ expectations, they incarnate ideas in characters and breathe life into them, they bend the possibilities of language to their artistic vision. Any wonder, then, that when it comes to deciding how people should be governed, writers are often drawn to central planning? So, too, writers tend to be Romantics—they’re suckers for sentiment over logic, rebellion over conformity, nature over the inventions of man. In other words, they’re still feeling the psychic effects of the upheavals in American society during the late 1960s (usually without recognizing that the sixties were themselves a less literate rerun of the English Romantic Era of the early 1800s). They reflexively side with the underdog, without asking whether the underdog may be rabid. They assume might makes wrong.
The truth of course—and I use the words “of course” only to lubricate your ears for what follows—is that there are intelligent, well-meaning people on both sides of every major issue in American politics. For that very reason, political tolerance—or lack thereof—serves as an efficient indicator of a writer’s potential and limitations. Let me be blunt here: if you cannot imagine a character, a three-dimensional character, worthy of your authorial labor and your reader’s affection, who exemplifies everything you detest politically, you’ll never be a successful writer.
Writing is an exercise in both sympathy (compassion for another) and empathy (inhabiting another’s perspective to the point of feeling what he feels). Successful writers flesh out their characters—protagonists and antagonists alike; they love and inhabit them equally. Even when they create outright villains, they don’t demonize them. Shakespeare’s Iago may have a deeply corrupt soul, but he does have a soul; the reader senses it even as Iago’s words and deeds horrify. In fact, they horrify precisely because he’s not a demon. He’s human. He got to be that way.
Fortunately, real life Iagos are few and far between. But political adversaries are plentiful…and demonizing them is not a writerly thing to do. In each case, by some mysterious combination of life circumstances, your political adversaries got to be that way. They’re living, breathing outcomes of experiences and belief sets which may be alien to yours, but which, if you’re serious about writing, you should be able to love and inhabit. If you cannot imagine an intelligent, well-meaning person whose politics are the polar opposite of your own, then your imagination has failed.
That blank page has gotten smaller.
Mark Goldblatt is the author, most recently, of the novel Finding the Worm (Random House). His essay collection, Right Tool for the Job: A Memoir of Manly Concerns will be published in June by Liberty Island Press. 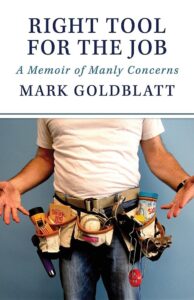 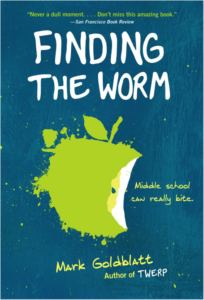 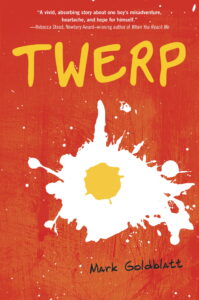 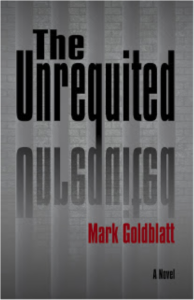 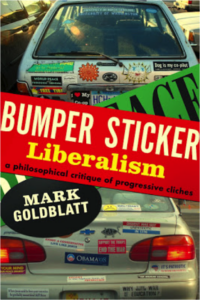 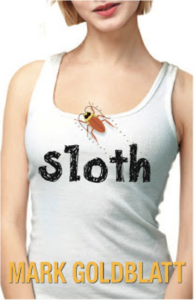 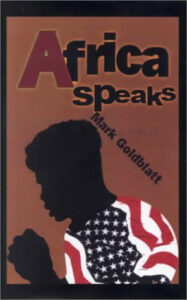